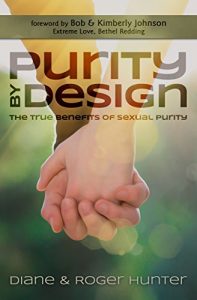 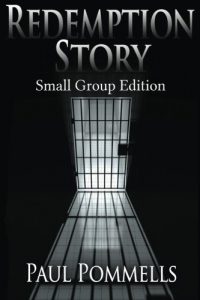 Roger and Diane Hunter have a heart for equipping people to walk in freedom and relational health. Their passion is to share the truth of God's heart with the world around them, inviting people into His abundant life. As founders and directors of Epic Life Ministries their message, and the focus of their ministry, is to share with others how to CHOOSE LIFE in every situation. They enjoy teaching about how to overcome difficulty and live victoriously.

Alex has worked with church planters and social entrepreneurs from South Africa to the UK and North America. Beyond piloting business/church co-ops and participating with incarnational and missional communities among the poor, Alex is known for designing field-based, action-oriented research projects. In 2004 Alex launched the International Mentoring Network in order to equip leaders around the world in paradigm-shattering, future-oriented, ideational and strategic leadership.

My arrest, trial, and conviction in 1993 took a huge toll on my family. My mother was crushed. No one in my church and community saw it coming. I was in shock too. I had never even been to jail before. After almost seven years in prison, God woke me up. I realized that if I was to have any hope. I needed to go back to being the real me: not the naive college student, not the  Marine recruit with potential, certainly not the faux-gangsta drug dealer, but the man God intended me to become. That began my path of discovery and healing and inspired this Redemption Story. 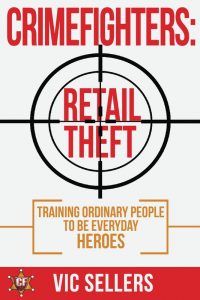 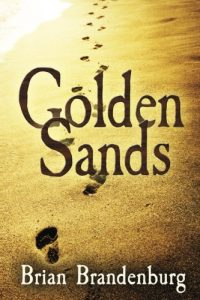 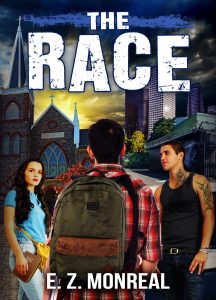 Vic Sellers is founder and chief loss prevention for CrimeFighters USA. This retail theft prevention consulting and training business offer real-world experience to business owners who want to identify an fight crime that affects livelihood. Based in Western Pennsylvania, Mr. Sellers brings eighteen years of experience with major retailers including WalMart and JC Penney. His well-honed techniques in retail theft prevention are proven by a career total of apprehending over eight hundred shoplifters and dishonest employees. Mr. Sellers teaches seminars, speaks at conferences, and offers one-on-one training for all who want to sharpen their loss-prevention skills and protect their store merchandise.

Brian Brandenburg grew up in Nazi-occupied Holland and completed a thirty-year career in international development in Asia before retiring to Southern California. He lived in Malaysia and Indonesia and worked in thirty-three other countries ranging from Mongolia to Fiji. He began writing about his war experiences and developed a series of short stories and novellas about life and death in colonial Malaya, upheaval in Africa, and cauldrons of love and hate in Communist China, where he worked for over ten years, and where he met his wife. He enjoys writing about characters whose everyday circumstances blossom into the most unexpected consequences...

I am a general contractor. I build and restore homes and commercial buildings all around Southern California. You can sign up to hire me for any job, large or small.

I am also a mentor.  My hope is to build up and restore humans, not just the structures in which humans live and work.

I am now an author. I hope my published works will also build up and restore people through the power of story.

I would love to hear from you; any feedback on any of my work is always welcome. 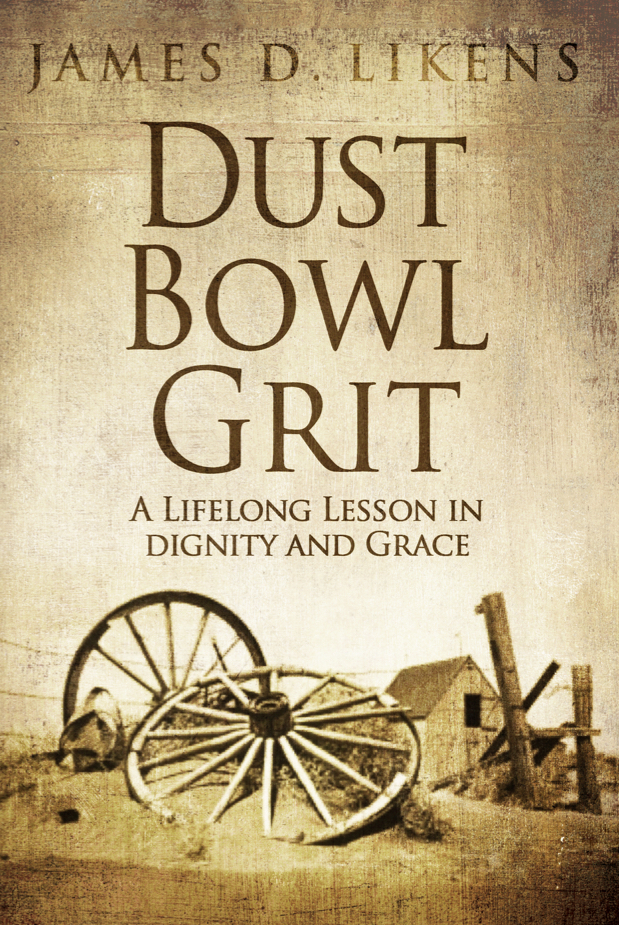 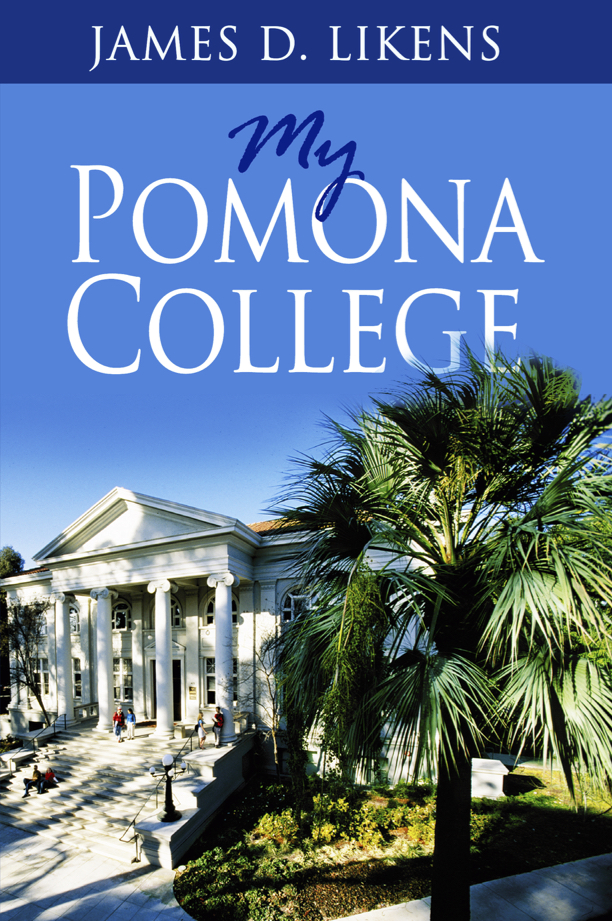 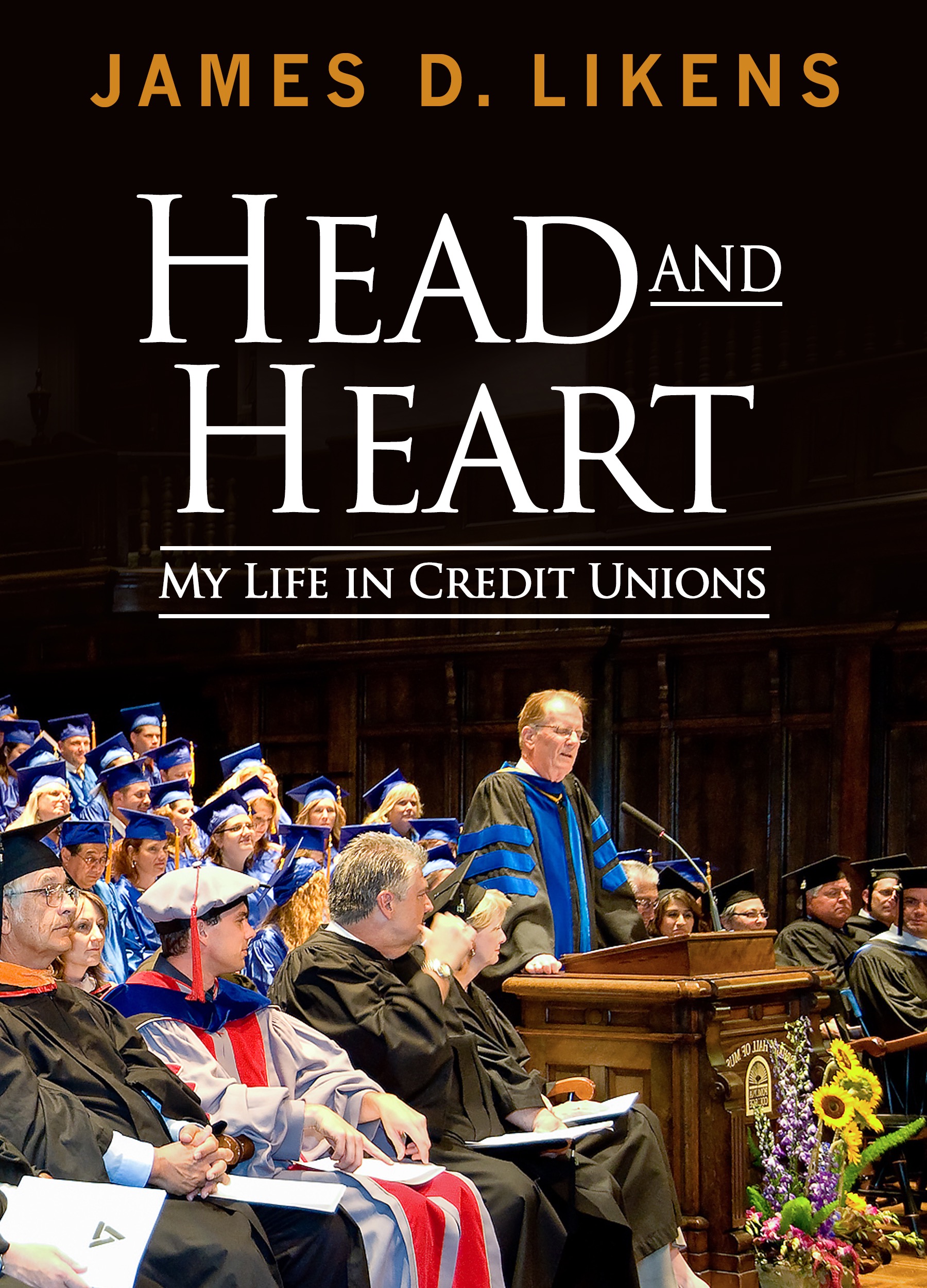 I was delivered into the world at taxpayer expense. A welfare baby. An Okie. My first home was a tent at the federal government’s Weedpatch Camp, the one described in John Steinbeck’s The Grapes of Wrath.

Three decades later I had earned BA, MBA, and Ph.D. degrees. For the next forty-six years I served as professor of economics at one of the nation’s top-ranked colleges. I also led a highly-regarded management school. Along the way I worked in consulting, served on boards of directors, testified as an expert witness in legal cases, and even lobbied successfully in the US Congress.

Yet I do not consider myself a “self-made man.” All my life I have been impressed with the power of encouragement from good people to change the course of the lives of others, including my own, by acts of kindness and encouragement and generosity.

Such has been my lifelong lesson in dignity and grace.

Until his retirement in 2015, James Likens was the Morris B. and Gladys S. Pendleton Professor of Economics at Pomona College. Appointed by an outgoing president, E. Wilson Lyon, he served under Pomona’s next three successive presidents—David Alexander, Peter Stanley, and David Oxtoby. Likens was heavily involved in college service, especially educational policy, promotion and tenure, admissions, and public events. In 1987-88 he directed Pomona’s unforgettable year-long centennial celebration. In My Pomona College, Likens gives a deeply personal and loving account of his College, which adapts to change while remaining ever true to its core values.

“You have rendered a personal history of Pomona College during your golden years that no one I know could achieve.” —Martha Andresen Wilder

In his memoir Head and Heart: My Life in Credit Unions, Jim Likens offers intriguing historical insights and an inside glimpse of key people and events in the credit-union movement of the past half-century. 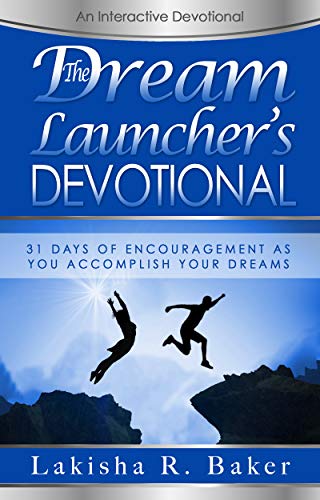 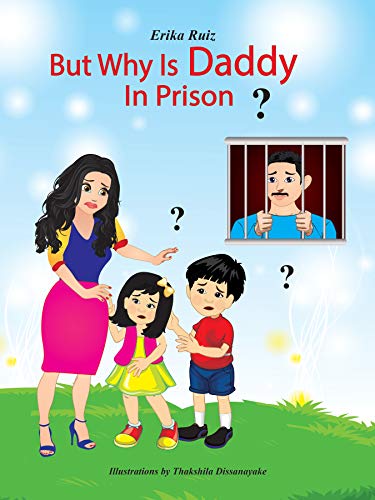 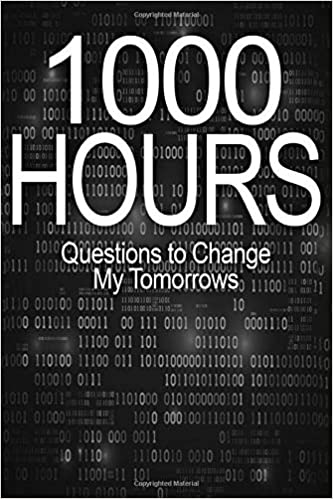 Lakisha was born and raised in Watts, CA. She grew up in poverty but stayed focused and worked hard in order to build a better life for herself and her family. She holds a Bachelor's degree in Sociology from UCLA, as well as a Master's of Divinity from BIOLA University. She accomplished both while raising three children, working, volunteering, and staying committed to her church. It was difficult, but seeking God's direction, she made it happen. Stay connected with her through her blog at www.spiritleddreamer.com

Erika is the author of several books, including But Why is Daddy in Prison? and But Why is Mommy in Jail? She holds a BA in Social Science with a concentration in Child & Family Services. She has over twenty years of experience working with children, as well as running her own daycare. She is a teacher, business owner, and author. Her hope and dream is to create more books that will encourage children to be as happy as they should be. She writes books that will help all families learn better ways of helping their children cope with the challenges that come from having a parent incarcerated. Erika strongly believes that no one is completely out of reach of God's power, that every life matters. She believes that through the love and truth of our Jesus Christ, anything and everything is possible. Many families, prisoners, and ex-prisoners have been restored through the word of God. Transformation is key. Once transformed, they can become leaders of their families, communities, and churches when they are released back into the world.

Anto Boghokian is an Amernian-American actor, spoken word artist, and curator residing in Los Angeles, California. What started as an outlet during his 21-year struggle to gain residency transformed to his passion to tell stories that inspire, delivering poetry with a thought-evoking punch. This is Anto's second book of poetry. He is currrently working on developing a one-man show and recording his first spoken word album. You can follow Anto on social media plotforms @AntoBoghokian or www.AntoBoghokian.com 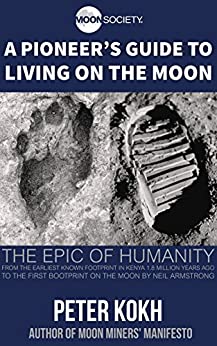 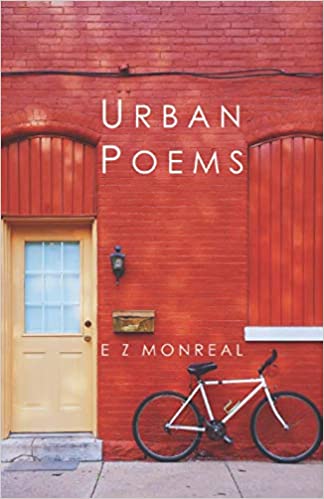 Peter Kokh, recipient of the NSS Gerard K. O'Neill Memorial Award for Space Settlement Advocacy, has been publisher and editor of the Moon Miner's Manifesto from 1986-2017 (31 years!) and is President Emeritus of the Moon Society.

Enrique Zapien Monreal leads a privileged life. He didn’t grow up in a posh neighborhood, or graduate from Harvard, or attain fame or wealth. His privilege stems from another source. Born and raised in a barrio called Boyle Heights, Enrique grew up surrounded by drug lords and felons, concrete and graffiti, street tacos and hot salsa. He longed for something else, something better, something fulfilling. That longing led him to restore a town in Honduras that had been destroyed by a hurricane. It drove him to spend several years in Kurdistan (Northern Iraq), rebuilding after the ravages of war. And it created a longing to communicate hope through the written word. Enrique's privilege is the intimate knowledge of people of all walks of life, and the ability to look at life with uncanny wisdom and penetrating insight. He knows failure and success, folly and wisdom, love and rejection. Take the time to allow his words to speak into your own life, and you will find yourself enriched. 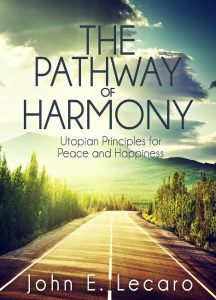 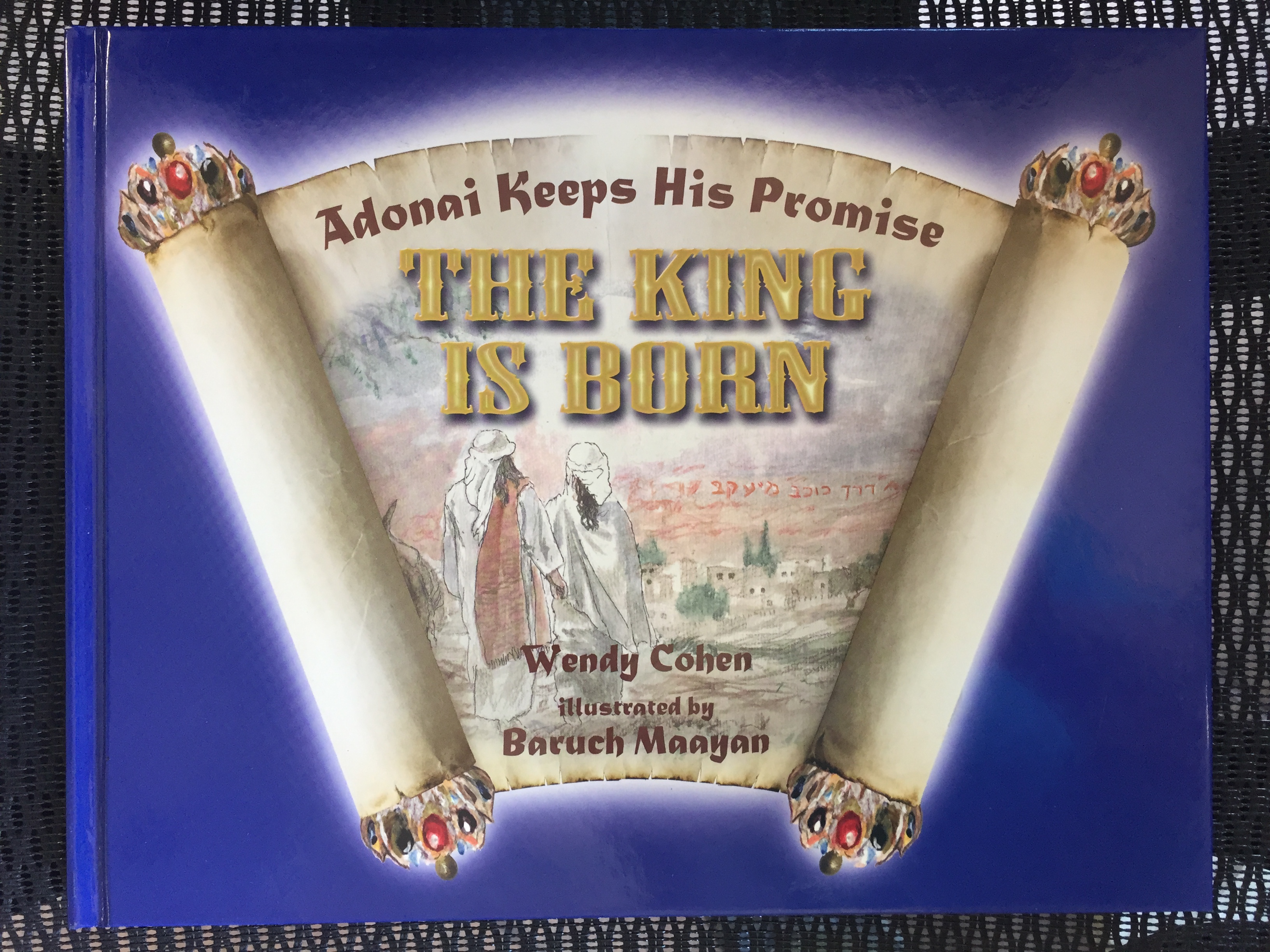 John Lecaro was born in Ecuador and has lived in the United States since the age of ten. Growing up in the Mexican barrios of Los Angeles and going through the turbulent changes of the Sixties, he has learned from many different perspectives. About his writings, he says "I am a dedicated student of life. As I continue in this mysterious journey, it is my hope to be able to express in print all the discoveries and conclusions that will surely take place in that experience."

Wendy is a Messianic Jew living in Haifa, Israel, where she established Beit Tiferet, a residential workshop, gallery, and performance space for artists using their gifts to glorify Elohim through theatre, dance and music, art classes and gallery shows. It also serves as a house of prayer for visitors from every part of Israel and from all nations. Beit Tiferet is located atop Mt. Carmel, a place of deep spiritual and historical significance in the Hebrew scriptures. Wendy continues to teach, traveling internationally and ministering through music and theatre.